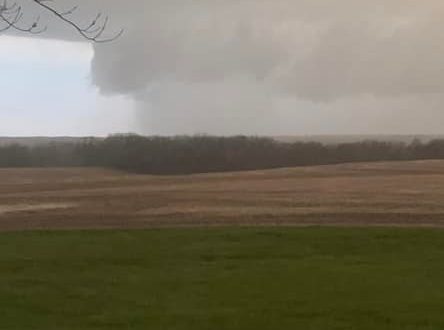 The National Weather Service (NWS) in Kansas City has not made a determination yet into whether it was a tornado that caused Tuesday night’s damage in rural Cooper County.

Emergency management officials in Cooper County tells 939 the Eagle that the storm knocked some power lines down near Billingsville, and caused roof damage in Pilot Grove. The NWS says there’s also some damage in Lamine.

There are no reports of serious injuries.

Residents in the small farming community of Billingsville say the storm blew power lines down, and at least one listener believes it was a tornado.

NWS Kansas City meteorologist Jared Leighton tells the Eagle that the NWS hasn’t determined if it was a tornado. He says the Cooper County EMA will likely head to the scene today to check the area.