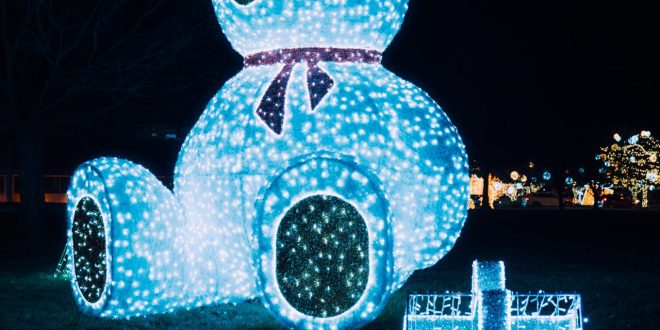 The drive-through experience will be offered Friday, Saturday and Sunday from 7 to 10:30 pm. Veterans United Home Loans spokeswoman Kylee Lawhead says the themed areas include an enchanted forest.

“We have just about over a million lights, and we do the planning all year long for this event,” Lawhead says.

Columbia Police have been on-site every night to assist with traffic flow at VU’s campus on South Providence. You’ll need to access Southampton drive from State Farm Parkway.

This is the second straight year that Columbia’s Veterans United has offered a free holiday light display at its South Providence campus.

“And after doing it last year we had an awesome response and we just kind of wanted to bring another fun event back to the community that they could do during this cold holiday season,” says Lawhead.

The display uses LED lights and features two and three-dimensional displays that are the equivalent of one million bulb lights.