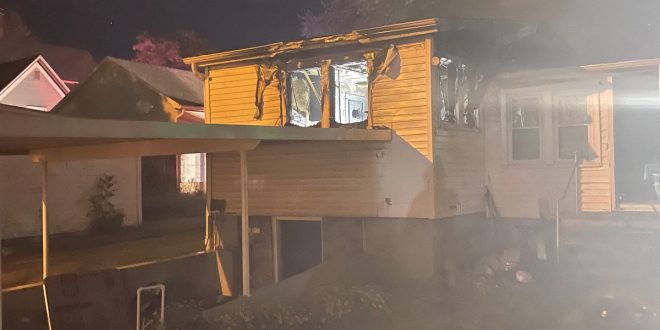 Fulton fire chief Kevin Coffelt says the fire broke out at about 8:20 pm Saturday in the 900 block of West Avenue, and that smoke was visible from several blocks away as firefighters approached. No injuries are reported, and Chief Coffelt says the American Red Cross is assisting the occupants with their personal needs.

18 firefighters were on-scene during the fire.