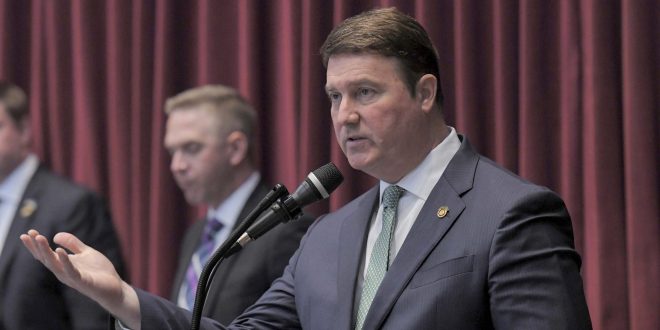 The Missouri House’s number two Republican says a shortage of new vehicles has led to a more than 20 percent increase in assessments for used vehicles.

House Speaker Pro Tem John Wiemann (R-O’Fallon) is urging GOP Governor Parson to include property tax relief in his special session call. Wiemann says state lawmakers passed a county assessor’s bill a decade ago, and could have never expected this.

“Who would have thought that used car values would be going up: no one thought that. And so now we’re in a situation where we’ve got this problem,” Wiemann says.

He says Missouri taxpayers shouldn’t have to face the burden of increased personal property tax, because of inflation caused by a national shortage of vehicles.

Pro Tem Wiemann notes the number of new vehicles slowed down during the pandemic, and as demand went back up, there was an increased demand for used cars. He tells 939 the Eagle that the Missouri voted 146-0 in mid-March to address the issue. He’s frustrated the bill never hit the Senate floor.

“We tried to fix it this year in the Legislature. (State) Representative Brad Hudson (of Cape Fair) House Bill 2694, we tried to address this. We tried to get it fixed. We got it out of the House, we sent it over to the Senate. Of course you know what happens in the Senate: everything dies over there it seems like,” says Wiemann.

A Missouri Senate committee approved the bill during the final week of session in May, but the bill died. Wiemann says that because of the shortage of new vehicles, the valuations for used cars and trucks is artificially inflated, causing a 20 percent increase in assessments on personal property.

Governor Parson has already called a special session for later this year. He wants Missouri lawmakers to approve the largest tax cut in state history and to extend agricultural tax credits for at least six years. Senate Majority Leader Caleb Rowden (R-Columbia) tells 939 the Eagle that the special session would likely take place during the September veto session, due the renovation work happening in the legislative chambers in Jefferson City.