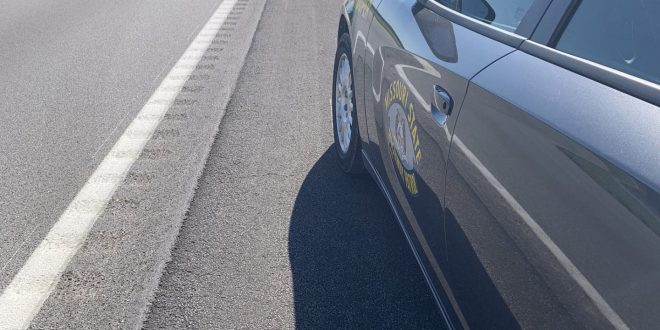 All available Missouri state troopers are on the road Friday

Extra Missouri state troopers are being stationed along I-70 and other major highways today (Friday), which is the start of the Memorial Day weekend.

“We will have extra troopers stationed along I-70, U-S 63 and U-S 54. Those are the major roadways and the ones that are the most heavily-traveled trying to get either across the state or down to the Lake,” Corporal Green says.

During Missouri’s 2021 Memorial Day holiday weekend, ten people were killed and another 442 suffered injuries in traffic crashes. The Patrol’s holiday counting period begins this evening at 6 and ends Monday night.

Meantime, AAA is predicting that about 700,000 Missourians will travel by vehicle this Memorial Day weekend, and many are heading to the Lake of the Ozarks. Corporal Green says today is the unofficial start to the boating season.

“A lot of people have boating experience and there’s also going to be quite a few people that don’t have a lot of experience. So if you’re down at the Lake of the Ozarks, make sure that you keep your head on the swivel. You have to check all directions all the time,” says Green.

State troopers say there were 12 boating crashes in Missouri during the 2021 Memorial Day weekend, killing one and injuring three.

Previous Why the Mavs might buck the NBA’s trend to surround Luka Doncic
Next Earth’s worst retiree: Jimmie Johnson revved up for Indy 500 debut