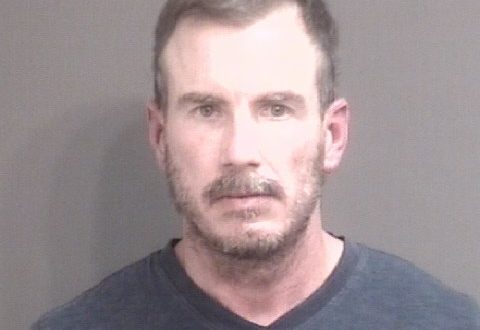 James Cecil Bennett is jailed without bond in Boone County (May 25, 2022 photo courtesy of the Boone County Sheriff's Department)

A Columbia man charged with seven felonies for sex crimes against children remains jailed without bond this (Thursday) morning, after waiving arraignment.

47-year-old James Cecil Bennett is charged with three counts of statutory sodomy and four other felonies.

Graphic court documents obtained by 939 the Eagle say Bennett allegedly molested a six and a seven-year-old. The Columbia Police Department’s probable cause statement also says Bennett burned one of the children with a hot metal spoon and hung the child upside down in a closet from the closet rod.

The CPD’s probable cause statement quotes one victim as telling police that Bennett told him that if he told anyone, James would kill their mother and then kill them. Bennett is also accused of punching, kicking and slapping the children.

Bennett’s attorney wants a bond reduction. The defense has also filed a motion to dismiss the charges.

939 the Eagle News was at the Boone County Courthouse on Wednesday, when Bennett appeared in court via video before Judge Brouck Jacobs.