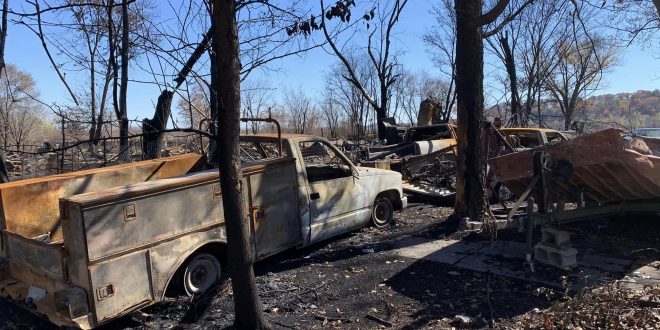 A view of some of the fire devastation in rural Wooldridge in Cooper County (October 26, 2022 file photo courtesy of Governor Parson's Facebook page)

Outgoing U.S. Rep. Vicky Hartzler (R-Harrisonville) is finishing her sixth and final term on Capitol Hill, after her unsuccessful Senate run in August. Congresswoman Hartzler joined us live on 939 the Eagle’s “Wake Up Mid-Missouri” this morning, saying she’s thankful on this Thanksgiving for her family and for her constituents for electing her six times. She also spoke in-detail about the massive October Wooldridge wildfire, saying she has questions for the U.S. Fish and Wildlife Service about how they handled tall grass at the Big Muddy National Fish and Wildlife Refuge: