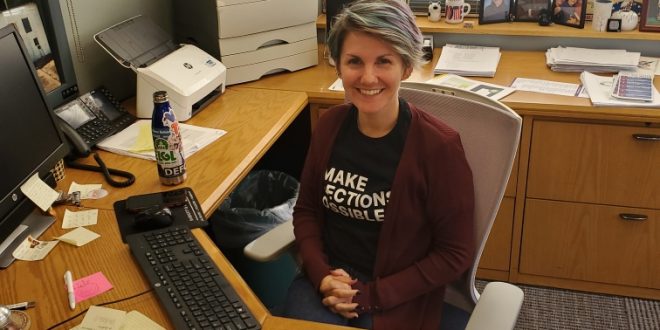 Boone County’s clerk says Missouri voters need to bring a photo ID with them to the polls on November 8. You can bring a Missouri driver’s or nondriver’s license, a U.S. passport or a military ID.

“Everything that we’ve been doing in our office to prepare for the two weeks of no-excuse absentee voting that starts on October 25, and doing public education to let people know that they need to have a Missouri driver’s license, a passport, some sort of valid photo ID. All of those things are still in effect, they will be in effect,” Lennon tells 939 the Eagle.

No-excuse absentee voting at Boone County clerk Lennon’s office begins next Tuesday (October 25) and goes until Monday November 7, the day before the election.

Clerk Lennon, who’s also an attorney, says if voters don’t have a photo ID, they can still cast a provisional ballot.

She is encouraging anyone casting a provisional ballot to give themselves extra time on election day, which is November 8.