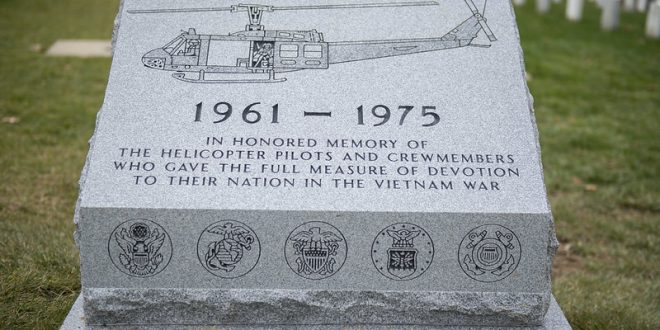 95 Missouri veterans returned home to Columbia Monday night to a heroes’ welcome, after the 63rd Honor Flight to Washington DC.

“Well many of these Vietnam veterans particularly had fathers who served in World War II. And everyone knew Audie Murphy. They knew him for his extraordinary military service and then of course his movie career,” Paulsell says.

“Who were heroes among heroes and flew in at great risk to bring the wounded and dying back to the base. So those Huey pilots like to go stand by that,” says Paulsell.

Arlington National Cemetery’s website says more than 4,800 helicopter pilots and crew members were killed in action, and more than 300 are buried at Arlington.

Columbia Mayor Barbara Buffaloe and Jefferson City Mayor Carrie Tergin were among the crowd that greeted the veterans when they returned to Columbia’s Courtyard by Marriott hotel.

This is the second Central Missouri Honor Flight this year. The first one happened in May.