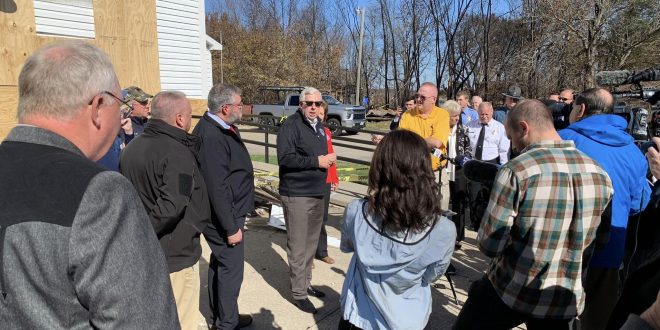 “He and his family have led the way in establishing this non-for-profit. And they will be starting actually the 21st of November,” Taylor says.

That is Monday. Money raised will go for cleanup and clearing. The aim is to make it safe for property owners and open the door for the town’s resurrection. Donations can be dropped off at Boonville’s WJ’s restaurant.

The October blaze destroyed at least 23 structures in Wooldridge, damaging at least 3,000 acres of land in Cooper County. Representative Taylor was in Wooldridge on Thursday and says cleanup is underway. He says there’s still a lot of work to do.

“There has been a lot of the vehicles that were in the streets and stuff, those have been removed. I notice that some folks have moved a camper in in one location. I even saw a tent that has been put up there on someone’s property,” says Taylor.

Governor Mike Parson toured the fire-damaged town in late October. Smoke permeated the air everywhere that day, and smoke was still rising from some of the burned-out vehicles.