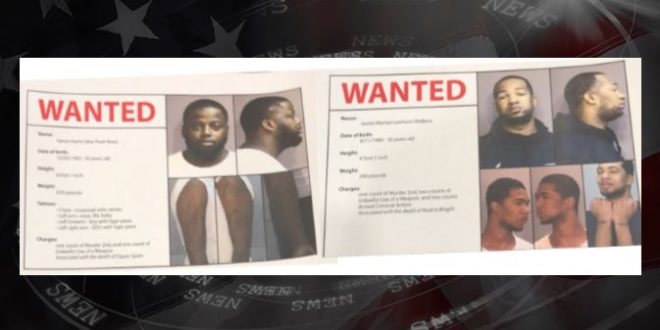 A man tied to one of Columbia’s September killings is now in custody.

Columbia police chief Geoff Jones announced on Wednesday that Lawhorn-Wallace (pictured right) was wanted for 2nd degree murder, two counts of unlawful use of a weapon, and two counts of armed criminal action in connection with the death of 18-year-old Nadria Wright. Wright was shot and killed the night of Sept. 13 near Forest and Grand Avenues. Another shooting victim, Sam Baldwin IV, suffered serious injuries.

(This story was last updated with new info on the arresting agency from CPD at 11:38 a.m. Friday.)