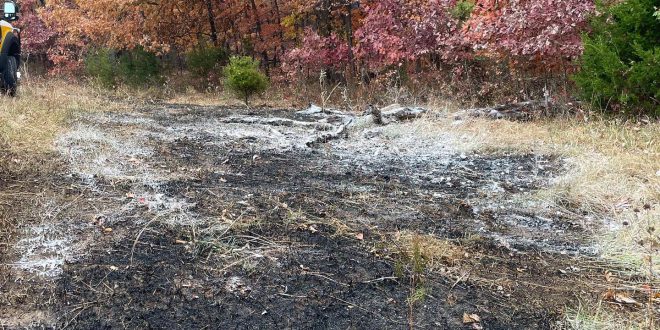 Columbia’s fire chief says his crews are confident that they have contained a fire on Manhattan drive, near Norman drive. That is east of the Stoney Creek hotel and Providence.

It’s the city’s third large natural cover fire in the past three days.

Columbia fire chief Clayton Farr tells 939 the Eagle that eight crew members have been on-scene. Firefighters from the Boone County Fire Protection District are assisting Columbia firefighters at the scene.

Work continues to fully extinguish the fire, and Chief Farr says you may notice smoke in the area for several hours. The area is bounded by Gray Oak drive to the south, Rock Quarry road to the east and Stadium Boulevard to the north.