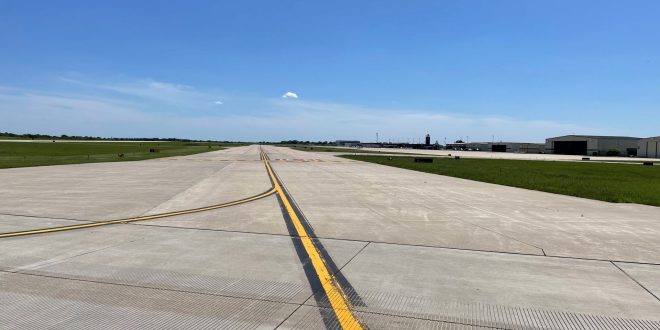 A $461,000 project to pay for the construction phase services agreement for a taxiway reconstruction project at Columbia Regional Airport (COU) will be voted on tonight (Monday) by Columbia’s city council.

Staff is recommending approval of the project, noting that the Federal Aviation Administration (FAA) will reimburse the city 90 percent of the expenses.

The city council will vote on a bill authorizing the city to move forward. The plan is to reconstruct about 950 feet of COU’s taxiway A.