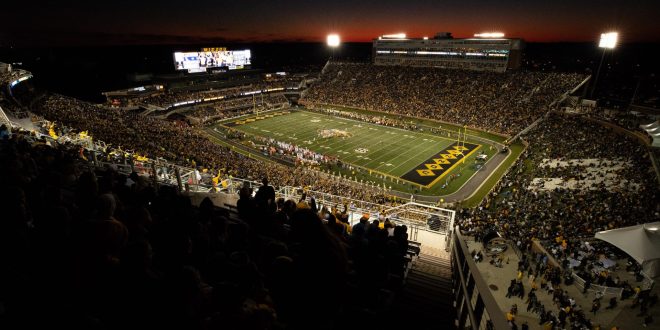 “The mobile app will do everything from push notifications if one gate is more backed up than another. To also you can use your app … because it’s a night game we get to have a cool kind of app show if you will, a light show. And that will be through your app,” Reed-Francois says.

Meantime, complaints from Mizzou football fans about long lines at concession stands have prompted some changes this year at Faurot. Reed-Francois says you’ll need to download the new app to take part.

“So we’re experimenting with some mobile ordering. You can order and then you can go pick up your food in your locker, and we’re really looking forward to seeing how that goes,” she tells Clear-99.

Reed-Francois has also announced that there will be a flyover at Faurot Field for every football game this year, including the opener. There will also be skydivers during tomorrow’s pregame.

Mizzou opens the 2022 season Thursday night at 7 against Louisiana Tech.