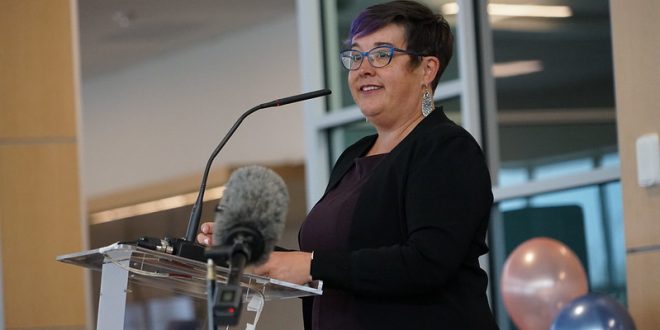 A key economic development official in Columbia has had conversations with five airlines about adding leisure market destinations to Columbia Regional Airport (COU).

“Because I think the addition of a leisure destination makes a lot of sense. American has great routes for us with Chicago and Dallas-Fort Worth, and so getting some additional leisure markets makes sense,” Button says.

American currently offers daily non-stop service to both the Chicago O’Hare and Dallas/Fort Worth international airports.

Button says the conversations with the five low-fare airlines were great, adding that she’ll meet with them again in January. She says they’re looking at non-stop flights from COU.

“The same markets continue to bubble up by the airlines in terms of interest. You mentioned Orlando, that’s certainly one. Las Vegas, Phoenix is a very strong market for us as well. Charlotte of course,” says Button.

Columbia Regional Airport’s $23-million new terminal opened at the end of October. It’s 52,000 square feet, compared to the 16,000 square foot former terminal that was built in 1968.