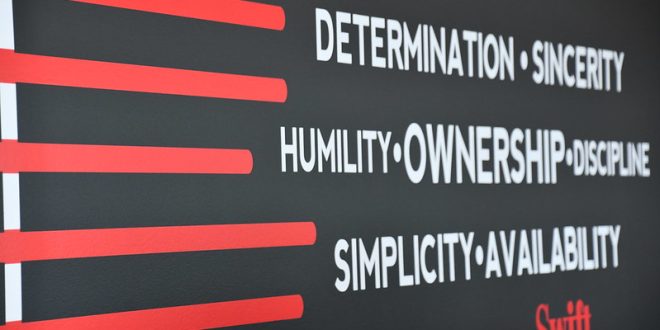 The almost $200-million Swift Foods plant that’s being built on Columbia’s Route B is expected to open in early 2023.

“A fun fact actually they’re going to produce 40-million pounds of meat products a year, which is a lot of cured meat,” Button says.

Swift Foods is currently hiring employees for the plant, which will bring in about 200 new jobs. They’re expected to pay about $50,000 annually. City manager De’Carlon Seewood tells 939 the Eagle that the Swift facility is near the Nabisco plant.

The facility is 325,000 square feet, which is about the size of the former State Farm headquarters, which is now the main campus for Veterans United (VU). Button says the plant will make Italian meats like prosciutto, salamis and pepperoni.

“The plant itself is $185-million. It’s a significant investment in our community and jobs as well,” says Button.

She says Swift provides pepperoni for Papa John’s and salami for Subway.