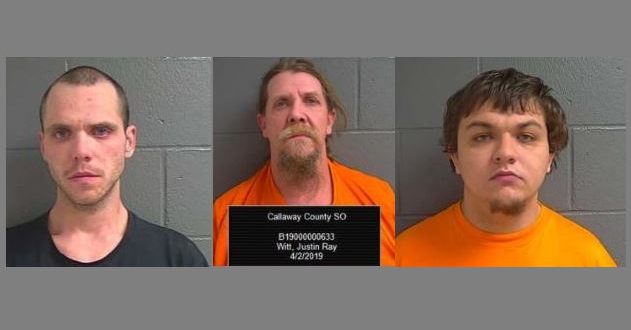 A Callaway County judge heard emotional testimony from prosecution and defense witnesses on Monday, before sentencing a Fulton man to 74 years in prison for a 2019 drug-related killing.

51-year-old Justin Witt is a convicted felon who legally should not have had a gun when the incident happened. Prosecutors say he wanted to get high that night.

Testimony during the late March trial indicated Witt and two other men planned to purchase meth from Nathan Pritchett Jr. in a church parking lot near Calwood, before Pritchett changed the location to a more remote area.

Public defender Kathryn Benson told the jury in March that Witt used counterfeit money written in Chinese to purchase the meth, and that Pritchett recognized it was counterfeit and told the men he would kill them and pointed a gun three feet away from Witt. Prosecutors say it was a toy gun, but the defense says Witt feared for his life. Callaway County prosecutor Christopher Wilson says Pritchett was killed with a 20-gauge shotgun that Witt fired from the vehicle he was in.

Security was tight during the March trial that 939 the Eagle News covered. The trial was held at the Boone County Courthouse in Columbia.