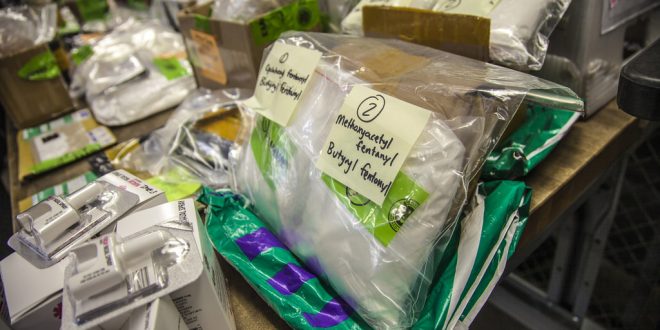 (AP) – Possessing and dealing fentanyl and date-rape drugs would be a felony under a bill pending in the Missouri House.

Republican Rep. Nick Schroer’s bill would make it a felony to traffic fentanyl and derivatives such as carfentanil. Penalties range from three years to life in prison.

Democratic Rep. Gina Mitten says that’s important because while the powerful drug has been sold mixed with opioids such as heroin, it’s now being sold on its own.

The bill also would make it a felony to possess or traffic the date-rape drugs GHB and the drug commonly known as Rohypnol.

The measure needs another vote of approval in the House to move to the Senate.