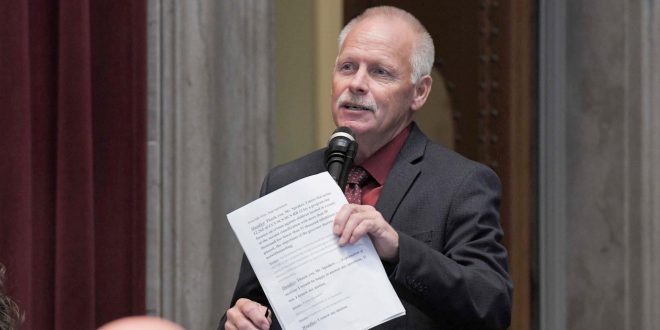 None of the vetoes from Missouri’s governor were overridden by the state Legislature on Wednesday in Jefferson City.

While the House voted to override the Governor Mike Parson (R) on four budget-related bills, the Senate didn’t override any bills.

Governor Parson vetoed the $300,000 program, saying the money was not included in his January budget recommendation. He also says Lincoln County should have pursued a grant instead.

The $300,000 would have funded two new detectives, a special prosecutor and other programs aimed at addressing the issue. Representative Pietzman says there’s been an 83 percent increase in criminal charges in his county for abuse and neglect of children.

Pietzman also blasted the GOP governor for vetoing the bill, telling House colleagues that Governor Parson is more focused on photo-ops than on this issue.

Previous Predicting potential surprises in boxing, including Terence Crawford’s future, Canelo Alvarez vacating titles and more
Next Auburn’s first Big Ten road game in 90 years and everything else to watch in Week 3