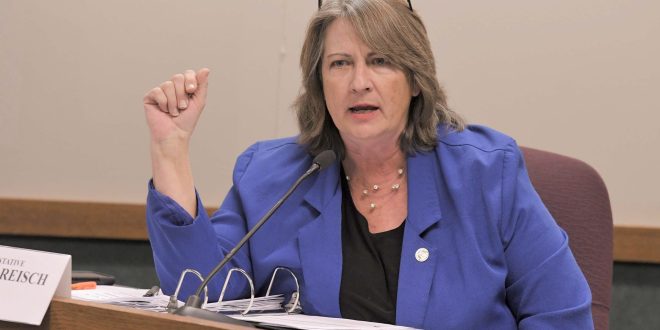 Missouri Senate and House still at impasse over congressional redistricting

The Missouri Senate has rejected a request from the House to go to a conference committee to further negotiate on a congressional redistricting map. The House will gavel-in this (Thursday) morning at 10, and will decide what to do next.

Secretary of State Jay Ashcroft tells 939 the Eagle’s “Wake Up Columbia” that it’s not too late to go to a conference committee.

“Right now our local election authorities are working on those April elections. So they wouldn’t really be able to input changes in that right now,” Ashcroft says. “We lock down our systems where changes can’t be made right next to an election so that we’re not creating problems for a current election that we have.”

Missouri is the only state in the nation where a new U.S. House map has not been enacted or approved by state lawmakers.

The Missouri House voted 115-19 this week to send the issue to a conference committee for further negotiations.

Secretary Ashcroft says the federal government is partly to blame, saying they should have provided U.S. Census numbers by December 2020. Those numbers didn’t arrive until September 2021.

“And anyone that looks at this process and doesn’t realize that we were put on the wrong foot at the very beginning by the federal government’s failure to do what they’re supposed to do is not being fair,” says Ashcroft.

The Senate map also divides the Mizzou campus in Columbia in half.

Previous MoDOT crews doing island repairs near Columbia Mall; expect some delays
Next Missouri’s governor: there’s no longer a need to live in a crisis mode over COVID