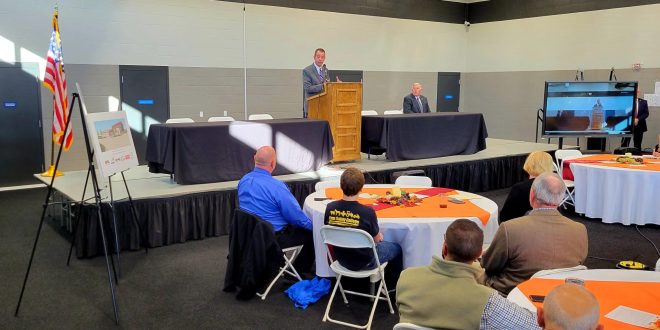 About 80 people from six mid-Missouri counties attended Tuesday’s workforce summit in Ashland, where they discussed a planned new tech center to meet the region’s need for more skilled workers.

“And these are great paying jobs. As a teacher, I would have loved that opportunity and that kind of a paycheck. But seriously, these are great careers, high-demand and very stable financially,” Felmlee says.

The superintendent hopes to open the new technical center by the fall of 2023. The Ashland community has raised $2.3 million of its $3 million campaign goal.

“Lots of great things are happening. We’ve got a new foundation for the school district so that encourages investment, because they’re (donors) able to write that off as a tax write-off,” says Felmlee.

Governor Mike Parson delivered opening remarks on Tuesday, predicting that Ashland’s tech center will create a pipeline of skilled workers in the area.

The Southern Boone R-1 district, city of Ashland and Ranken Tech are collaborating to build the center.

The project has received a $4-million federal grant.