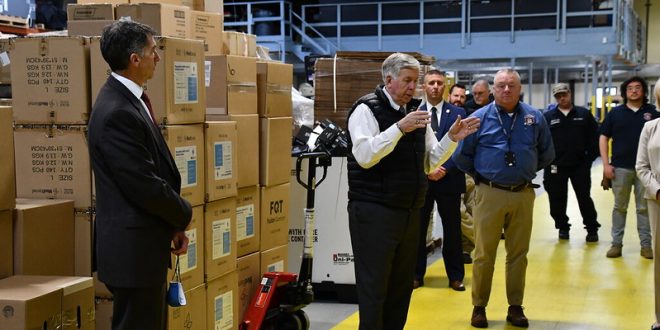 The Missouri Department of Health and Senior Services (DHSS) will have a new acting director this afternoon.

Governor Mike Parson has called a noon press conference at the Statehouse to make the announcement, where he’ll be joined by the new acting DHSS director.

Kauerauf resigned on February 1. Governor Parson blasted what happened to Kauerauf, describing it as disgraceful.

Previous (AUDIO): State Rep. Phil Christofanelli (R-St. Peters) hopeful about gaming legislation in 2022; he spoke on 939 the Eagle
Next Christofanelli: sports wagering would bring $15-million in additional revenue to Missouri