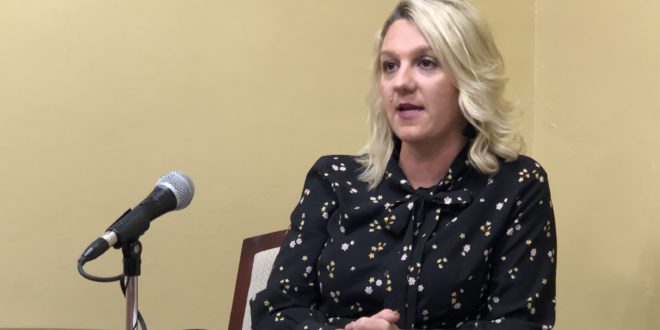 University of Missouri students say the Columbia campus is safer than it was four years ago.

That’s according to The 2019 Campus Climate Survey on Sexual Assault and Misconduct through the American Association of Universities. Mizzou last issued the student survey in 2015.

Andy Hayes (pictured), assistant vice chancellor for Civil Rights and Title IX, says more students are aware of specific services and resources for victims. For example, 71.9% of students in 2019 knew about her office, compared to 58.1% in 2015.

“We have really ramped up our efforts on the training and education, and I think that was really reflected in the survey.”

More than one in four undergraduate women, 26.6%, still report non-consensual sexual contact since coming to Mizzou. That number is slightly improved from 27.2% in 2015. The survey found 65.9% of students believe that a report of sexual assault or misconduct will be taken seriously by campus officials, barely better than the 65.6% who said that in 2015.

Hayes says the big goal is to continue accommodating sexual assault victims in whatever way best fits their needs.

“Whether it be someone that wants to report and go through a process, or someone that just wants to be able to share their story and have counseling services or an advocate to reach out to.”