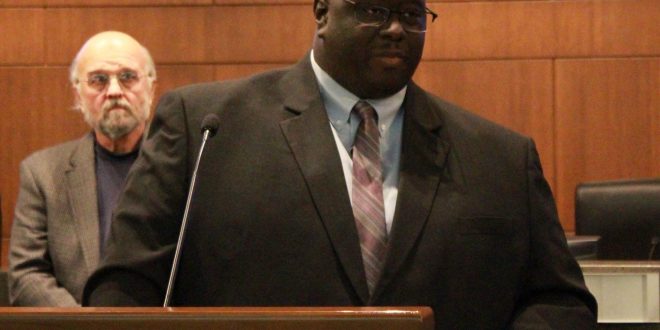 Columbia’s city manager will deliver his first state of the city address this (Thursday) morning at city hall.

De’Carlon Seewood, who began in January, will speak at 11 am in the council chambers. The address is open to the public.

City spokeswoman Sydney Olsen tells 939 the Eagle that Mr. Seewood will outline big projects and successes in the past year. He’ll also discuss his priorities for staffing, and will discuss recruitment of city employees.

One of Mr. Seewood’s top priorities has been city staff and pay. The council last month approved a three percent across-the-board pay raise for permanent city employees. The council also approved a $1,500 one-time retention payment to permanent employees who’ve been with the city since March 2020.

Ms. Olsen says Seewood will also discuss the city’s strategic plan, which is tied to the budget for the upcoming fiscal year.