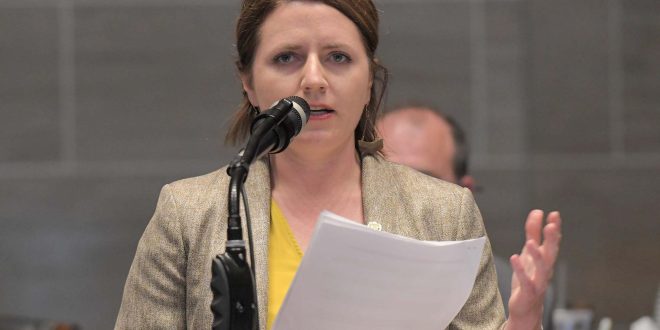 A veteran state lawmaker from Columbia who’s the ranking Democrat on the Missouri House Special Committee on Criminal Justice is not seeking re-election in 2022.

State Rep. Martha Stevens (D-Columbia) made her announcement on Monday, and says she’ll continue her career in advocacy as a social work professional in the future.

“After much though and deliberation, I have decided that I will not run in 2022, and this current term in office will be my last as a State Representative,” Stevens writes, in her press release. “I did not come to this decision easily and I will never be able to express my gratitude to everyone who put their trust in me, knocked doors, made calls and donated to our campaign over the years.”

Stevens, who was first elected to the House in 2016, is eligible to run for one more House term.

Stevens also worked with State Rep. Hannah Kelly (R-Mountain Grove) this year to pass bipartisan legislation to allow families who qualify for WIC to receive vouchers to use at their local farmers market. Governor Mike Parson (R) signed the bill into law this summer.

Stevens will remain in the House until December 2022, when her term expires.