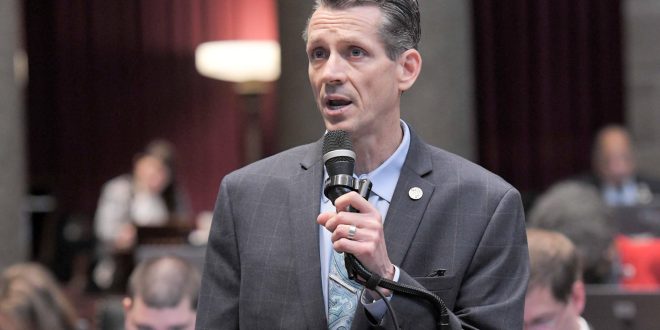 A veteran Missouri lawmaker has filed a bill to legalize marijuana for adults 21 and older, and to release non-violent marijuana offenders from prison.

“It’s coming whether we want to do it this way or not, it’s coming. And right now, you have initiative petition process out there with some legislation. So number two, that’s it right there,” Hicks says.

“If you’re a private business and you want to have rules to where you (your employees) can’t use marijuana, that’s fine. You can do that, my bill is not going to touch on the private side of that,” says Hicks.

Hicks’ bill would also create a protocol for Missourians to expunge prior marijuana offenses.

Hicks, one of the most conservative Republicans in the Legislature, is in his eighth and final year in the House.

Previous Cuban: Doncic ‘unstoppable’ after being humbled
Next Lack of accountability among NWSL owners makes you wonder: Why should players believe it’s changing?