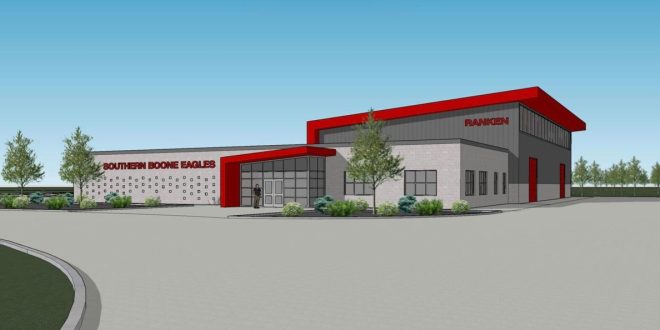 Construction is scheduled to begin soon on the new tech center in fast-growing Ashland.

Ranken’s Ashland campus will focus on IT, construction, nursing and manufacturing. It will be built next to Salter Lawn Service, near Highway 63.

The Southern Boone R-1 school board was briefed on the project during Monday night’s meeting. District spokesman Matt Sharp tells 939 the Eagle that the campaign committee is about $430,000 away from their fundraising goal. The Ashland community has already raised almost $2.6 million of its $3-million campaign goal for the new Ranken campus.

As for the school itself, Pohl tells the Eagle’s “CEO Round Table” that Ranken has incorporated life skills into its curriculum, which include work ethic and showing up on time.

“We’ve already had graduates who’ve met the technical education requirements, they’ve passed all the general education classes. But because they did not meet that work ethic requirement, they didn’t graduate from Ranken. That’s how serious we take it,” says Pohl.

Pohl says this is industry-driven.

Meantime, one of Boone County’s largest employers has announced they’re donating $250,000 to the Ranken project in Ashland. The gift comes from AB Chance, which has more than 700 employees at its massive Centralia plant. AB Chance Centralia campus general manager Mike Kelley describes the gift as a great way for them to give back to the community and help build a trained workforce at the same time.