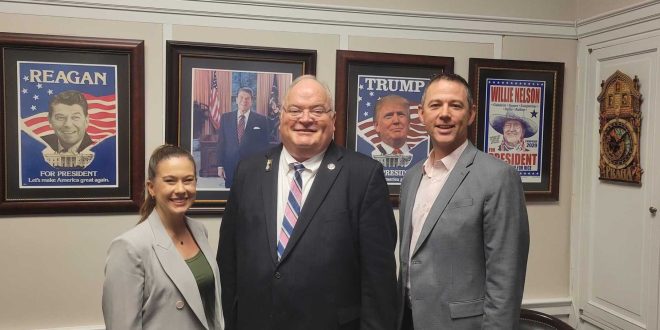 U.S. Rep. Billy Long (R-Springfield) is emphasizing the issue of illegal immigration as he campaigns for Missouri’s GOP U.S. Senate nomination. During a live interview on 939 the Eagle’s “Wake Up Columbia,” Congressman Long praised Governor Parson for working to try to form the American Governors’ Border Strike Force. Congressman Long also blasts what he calls “the swamp” in Missouri”, including some commodity groups. He says “the swamp” is uniting around U.S. Rep. Vicky Hartzler (R-Harrisonville) in the GOP primary. He outlines two potential paths for his victory in the Senate primary: