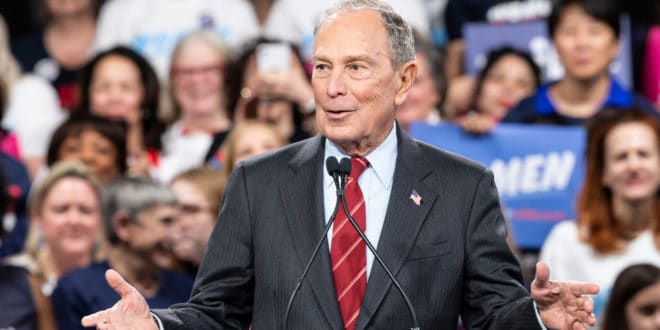 (AP) — Billionaire Mike Bloomberg is taking lots of heat from his rivals for the Democratic presidential nomination. On Monday, he answered in kind.

The former New York mayor tweeted a video mashup of aggressive and threatening comments made by people who appear to be Bernie Sanders supporters, juxtaposed with Sanders calling for “civil discourse.” Bloomberg said such aggression won’t give Democrats the unity they need to beat President Donald Trump.

Bloomberg isn’t contesting the Nevada caucuses next weekend. But he may be on the cusp of qualifying for the debate Wednesday. Sanders, Joe Biden, Amy Klobuchar, Elizabeth Warren and Pete Buttigieg have made it clear they’d like to get him on the stage.