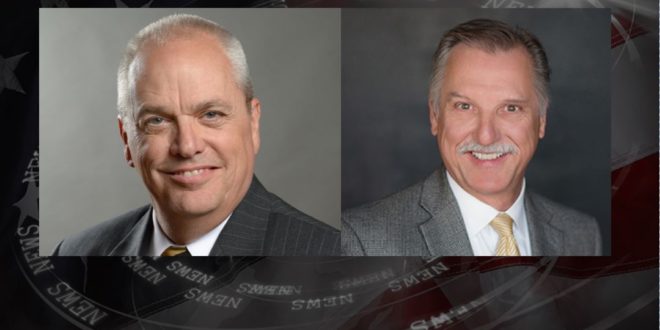 The two candidates to be Columbia’s next city manager made their case to the public during a forum on Wednesday night at city hall.

James Palenick from Racine, Wisconsin got his first job managing a small Michigan village at age 26, and now has about 30 years of experience doing it. He said he likes local government because it makes a real difference in people’s lives. He also says he’s not afraid to shake things up.

“If you are looking for someone who is a status quo manager, that will be a trusted hand on the wheel on keeping the ship in the right direction, that’s probably not me,” Palenick said.

John Glascock is Columbia’s interim city manager, and has worked for the city the last 16 years. He says he learned the value of relationships and work ethic growing up on a farm west of Ashland.

“I enjoy face-to-face interaction. I want to see what’s bothering you. I want to see, when I tell you something, if you’re squirming in your chair, or you’re smiling, or you’re frowning. That’s what I want to see. That way I know I’ve made the connection,” Glascock said.

Glascock  says if he is named the permanent city manager he will promote transparency in the budget and the rest of Columbia’s business.

“We have a journalism school that…there’s no way you can’t be transparent in Columbia,” Glascock said. “If you don’t honor that, they will make you pay.”

Palenick has lots of city management experience, but he’s bounced around a lot more than Glascock. That includes a stop that ended in a lawsuit at a town in New Mexico. He says it was because the city violated open meetings rules.

“And I damaged my career in filing suit against that community because it was important enough for me in that case…to stand up for the principle for openness and transparency.”

The two finalists were scheduled to have their last interviews with the city council on Thursday. There’s no timetable on when an announcement could be made. It would still need a formal council vote, and agreement on a contract with the chosen candidate.