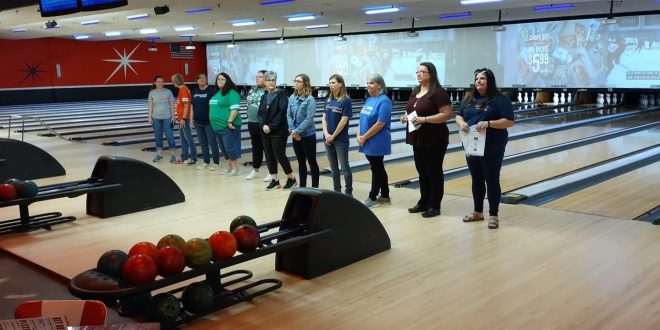 Saturday’s Bowling for Autism event in Columbia raised more than $30,000, and additional numbers are still being calculated.

Businessman John Cleek Jr. and Easterseals Midwest are thanking the community and businesses for their generosity. Zimmer Radio was a media sponsor for the event, which was held at AMF Town and Country Lanes.

Easterseals Midwest has announced that the annual bowling for autism Columbia event will now be known as the Cleek Bowling for Autism event, in recognition of the work and generosity of Cleek Jr. and his late father, who died in March.

John Cleek Jr. started the event 19 years ago, and the audience cheered when the announcement was made about the name update.

Previous Boone County grand jury indicts Columbia man for murdering his father
Next Award-winning documentary about autism to be shown in Columbia tonight; event is free