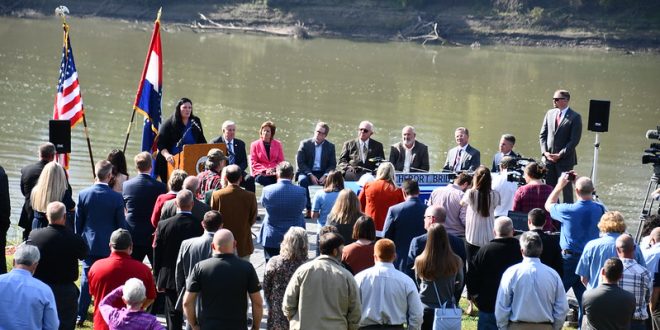 A state lawmaker who represents Cooper and five other mid-Missouri counties in the House says the new I-70 Rocheport bridge that’s under construction is looking good.

“It’s vitally important to our area of the nation. More importantly, I mean just my hometown of Boonville, we’re commuters to Columbia, so it’s important,” Taylor says.

The state Department of Transportation (MoDOT) broke ground on the $240-million project in October. Missouri has received an $81-million federal grant for the Rocheport bridge project, the largest competitive grant ever received by MoDOT.

Representative Taylor is amazed how much rock construction crews can move in one day near the new bridge project. He says the project highlights bipartisan cooperation, as well as cooperation between Boonville and Columbia officials.

“We can come together as citizens when it’s something important like that. Nobody has to stand on their high ground on something like that,” says Taylor.

The current I-70 Rocheport bridge, which was built in 1960, is in poor condition. It carries more than 12-million vehicles annually.

The new bridges are expected to be finished by 2024.