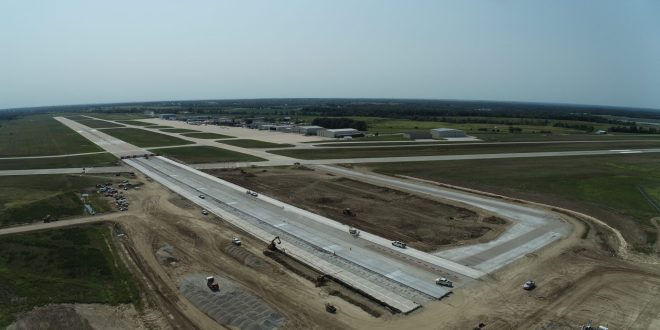 The Federal Aviation Administration (FAA) funded the entire project, which extended COU’s runway from 6,500 to 7,400 feet. New LED lighting has also been installed for the entire runway.

The extension will allow larger planes to use the runway and provide a longer distance for planes to land and take off during inclement weather.

Contractors at COU are also working on a $23-million dollar new terminal project. That is expected to be done by 2022.