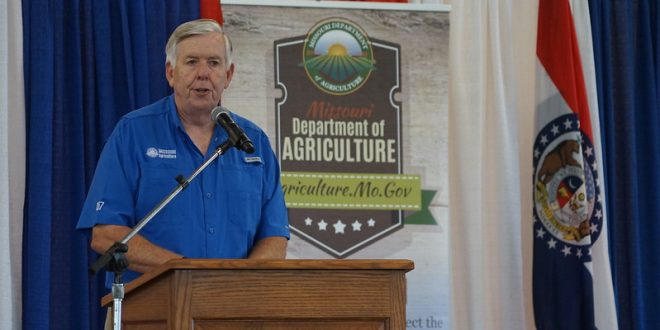 Increasing meatpacking capacity is top priority for Hartzler, as meat and beef prices rise across Missouri

A west-central Missouri congresswoman who serves on the House Agriculture Committee says we must increase meatpacking capacity.

U.S. Rep. Vicky Hartzler (R-Harrisonville) tells 939 the Eagle’s “Wake Up Columbia” that meat prices are up 14 percent, while beef and pork prices are up about 15 percent.

“That one of the things we need to allow for there to be more production. Because we have the cows, we have the hogs. But there’s limited amount of flow through those meatpacking (plants), and part of that is the workforce,” Hartzler says.

Congresswoman Hartzler’s district includes Sedalia, which has a Tyson plant and other agricultural-related companies. She says the workforce issues are real, saying companies everywhere are hiring.

“We know one poultry plant in Missouri is working at only 60 percent capacity. That’s causing shortages. And then of course that’s also increasing the prices when you have limited supply. And that’s because people aren’t coming back to work in the poultry plant,” says Hartzler.

Hartzler’s district also includes Columbia and Boonville. She’s also critical of how President Joe Biden (D) has addressed inflation, which is near a 40-year high.