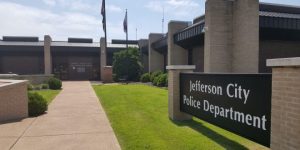 Jefferson City Police will have patrols out all day today, as part of their St. Patrick’s Day DWI enforcement.

JCPD Lieutenant Dave Williams tells 939 the Eagle that JCPD will have patrols out throughout the day. Authorities urge you to select a designated driver, if you drink.

Just this week, Jefferson City Police arrested an impaired driver who crashed into a concrete retaining wall on Highway 54 and then failed to yield to emergency vehicles. JCPD officers found more than two pounds of marijuana inside his vehicle. That incident happened Tuesday morning at 9.