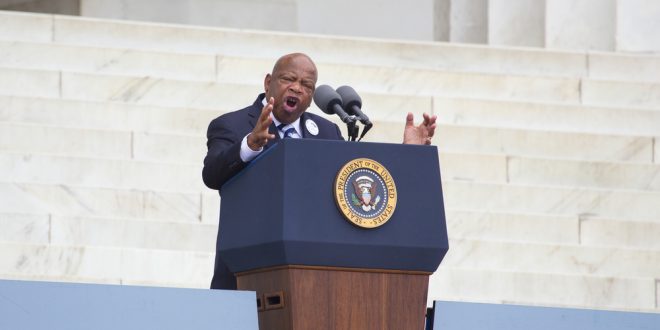 (AP) — Hailed as a “founding father” of a fairer, better United States, John Lewis was eulogized by three former presidents and others who urged Americans to continue the work of the civil rights icon in fighting injustice during a moment of racial reckoning.

The former congressman even issued his own call to action — in an essay written in his final days and published in The New York Times. In it, he challenged the next generation to lay “down the heavy burdens of hate at last.”

During nearly a week of observances, Lewis’ body has traveled from his birthplace in Alabama to the nation’s capital to his final resting place in Atlanta.