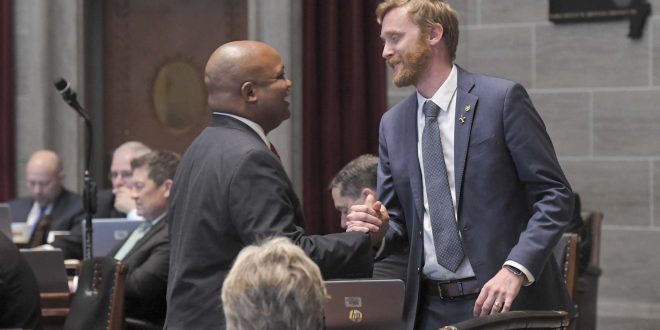 Juneteenth would be an official state holiday, under bill heading to Missouri Governor Parson’s desk

Bipartisan legislation making Juneteenth an official state holiday in Missouri is heading to the governor’s desk, after receiving final approval from the Legislature on Friday.

Juneteenth commemorates the emancipation of enslaved people in the United States.

State Rep. Shamed Dogan (R-Ballwin) is sponsor of House Bill 1738, which establishes more than 50 state designations, including Juneteenth. The Dogan bill makes Juneteenth Missouri’s 13th state holiday. It would be observed on June 20th this year. It was a holiday for the first time last year, under an executive order from Governor Mike Parson (R).