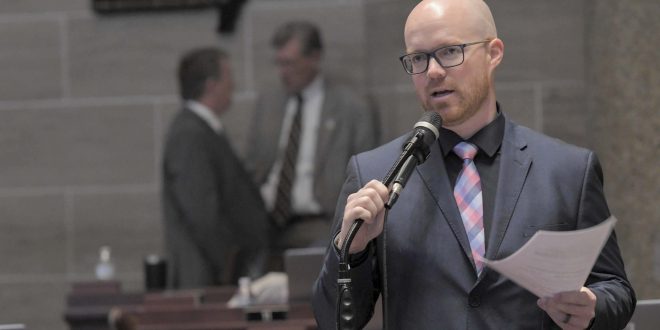 Mid-Missouri lawmaker: flooding issue should be on table for upcoming special session

Missouri’s governor is heading to the storm-battered St. Louis region this (Monday) afternoon to visit with leaders from towns impacted by historic and deadly flash flooding.

Parson says FEMA will be participating in joint preliminary damage assessments (PDAs) in St. Louis city, St. Louis County, St. Charles and Montgomery counties in response to record flash flooding. The governor is reminding impacted residents to document all damage and to retain all receipts.

A veteran mid-Missouri state lawmaker who chairs a key House committee says the historic flooding in eastern Missouri should be on the table to be added to the special session this fall in Jefferson City. State Rep. Travis Fitzwater (R-Holts Summit), who chairs the House Fiscal Review Committee, joined us on 939 the Eagle’s “Gary Nolan show.”

“To get 12 inches of rain in some areas in St. Charles, that’s just devastating not only to farmers but to infrastructure. And so I’m sure there will be discussions on that,” Fitzwater says.

The governor is confident that FEMA’s participation in joint damage assessments will confirm the need for a federal disaster declaration from President Joe Biden.

“I think a massive tax cut is in the cards for Missourians. We need to give them relief. Missourians do a better job with their money than the government does. And we are hitting record revenues in general revenue in the state of Missouri, which means we’re overtaxing our citizens,” says Fitzwater.

Under the governor’s plan, the first $16,000 in earned income for Missouri single filers and the first $32,000 for joint filers would be tax-free. Governor Parson says Missourians are facing record inflation, rising food costs and high gasoline prices.

The special session is expected to take place during September’s veto session in Jefferson City.