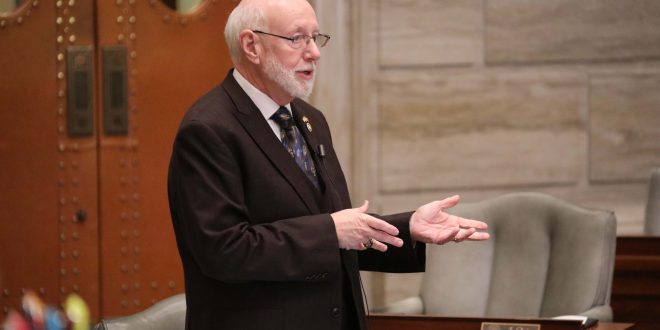 Legislation calling for the official ballot in Missouri to be a paper ballot hand-marked by the voter has been filed by a veteran state lawmaker from Joplin.

“When you look at any of the rankings or any of the assessments that a lot of the think tanks give Missouri, we are a paper ballot state already because we have everybody voting either on hand-marked paper ballot or using one of those devices,” Lennon tells “Wake Up Columbia.”

White’s legislation, Senate Bill 670, also bans the use of touchscreen and electronic vote-counting machines starting in January 2024. It also would prohibit the use of direct-recording voting machines.

“Actually, I think it’s great that we are banning direct recording electronic voting machines. Nobody is using them anymore. Everybody has purchased the newest versions of voting equipment,” says Lennon.