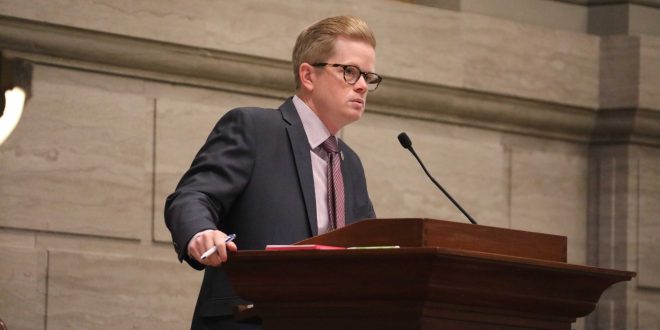 Missouri Senate to have short week, due to upcoming winter storm

The National Weather Service (NWS) in Kansas City/St. Louis says Columbia and Jefferson City are expected to receive ten to 14 inches of snow, by Thursday evening.

Missouri Senate Majority Leader Caleb Rowden (R-Columbia) tells 939 the Eagle that there will be no session tomorrow or Thursday, due to the winter storm. Rowden hinted that could happen during a Monday interview on 939 the Eagle’s “Wake Up Columbia.” He noted safety for senators and staff is his top priority, and that there’s a lot of time in session to finish other important legislative matters.

“Senator (Jason) Bean and Senator (Dan) Hegeman that have four-five drives on lettered roads, we’re going to make sure and keep them safe above anything else. So we’ll (Missouri Senate leaders) watch it, we’ll be careful and diligent,”

The 34 state senators drive to Jefferson City from all corners of the state, and normally work from Monday afternoon until early Thursday afternoon.

They’ll be heading back to their districts, following Tuesday’s session.