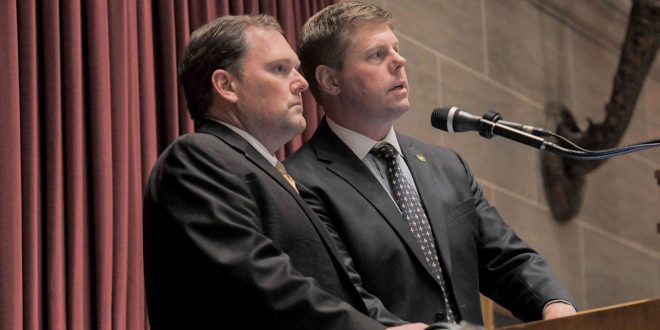 Both GOP-controlled chambers will gavel-in at high noon, and will decide whether they want to try to override any vetoes from Governor Mike Parson (R).

One of the most conservative Republicans in the House says there will likely be efforts today in the House to override a few of the governor’s vetoes on budget bills. State Rep. Cheri Toalson Reisch (R-Hallsville) spoke on 939’s “Wake Up Columbia.”

One bill that could come up today involves Parson’s veto of a bill that would have exempted St. Charles, Franklin and Jefferson counties in eastern Missouri from motor vehicle emission inspections.

The governor says the bill would violate the federal Clean Air Act, and would cost the St. Louis region about $52 million annually in federal highway money.

Another GOP bill that could come up would require Missouri’s Office of Child Advocate to create a safety reporting system for Children’s Division employees.

Governor Parson vetoed the bill in July, saying it fails to strengthen protection for the children served by the Children’s Division.