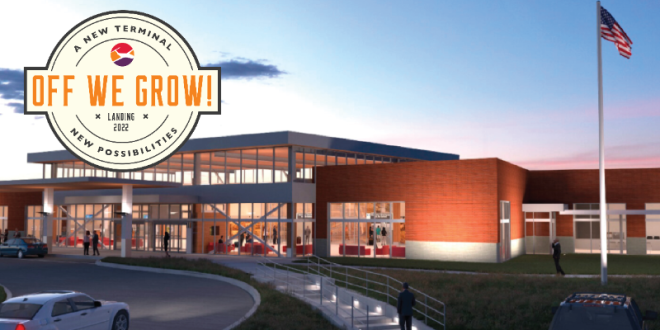 Columbia Regional Airport (COU) officials are currently in negotiations with a concessionaire about a restaurant in the $23-million new terminal being built at COU.

Airport manager Mike Parks tells 939 the Eagle that we should know more details by September.

“And we anticipate an agreement going to (Columbia’s city) council here, I don’t want to give an exact timeline but hopefully in the next 30 to 45 days we’ll have something over to council for approval,” Parks says.

Parks says while airport officials will move as quickly as they can, they want to do it right. He notes airline passengers will be able to dine at the new restaurant, along with mid-Missourians who aren’t flying.

“It’s an opportunity for not only people in the secure side of the airport, so you’re flying in and out, but also on the public side. And so this concessionaire is going to have a kitchen in the center. It’s going to have both secure side and public side. So if you come out here and you’re in the area and you want to grab a bite to eat, you’re going to be able to do that here at the airport,” says Parks.

A few hundred people turned out for this week’s free guided tours at COU, and a 939 the Eagle reporter heard several positive comments about the new restaurant. The new 52,000 square foot terminal will also include a storm shelter.