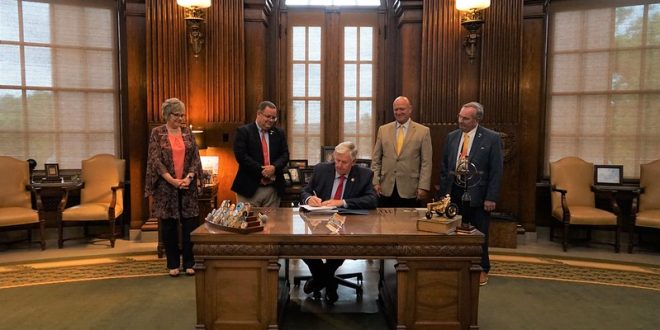 Governor Mike Parson (R) notes the map maintains the 6-2 GOP majority. He also says that under the new map, district populations are equally proportional and district boundaries are contiguous. Those are the two key conditions required by the state Constitution.

The new map splits Columbia and Boone County into two districts. It’s taken effect, because the bill contained an emergency clause. The new map will be used for this year’s midterm elections.