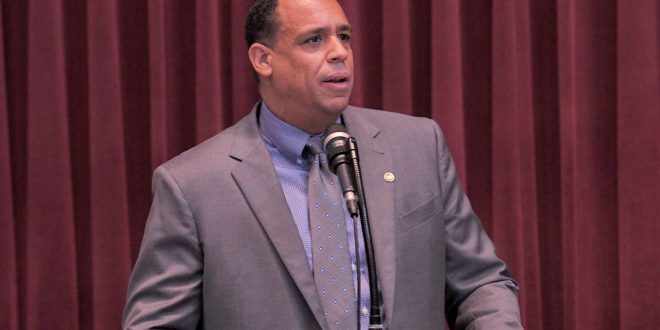 A Columbia state lawmaker who serves on the Missouri House Elections and Elected Officials Committee is critical of the new congressional map approved by the Legislature, which splits Columbia and Boone County into two districts.

Governor Mike Parson’s (R) office has started the review process of the proposed map, and the governor says they’ll be prepared to take action soon after the map hits his desk on Wednesday.

“I mean we’re a cohesive community. I mean we don’t agree about everything, but we should at least have one county that’s our own for a congressional district. It shouldn’t be split top to bottom like that,” says Smith.

The proposed new map also would move all of Cooper and Moniteau counties to the district of U.S. Rep. Blaine Luetkemeyer (R-St. Elizabeth). That would impact Boonville, Pilot Grove, California and Tipton.

Previous Diego Cervero retires as a hero, and icon, of Spanish football
Next Saints HC Allen: Brees tweet likely ‘made in jest’