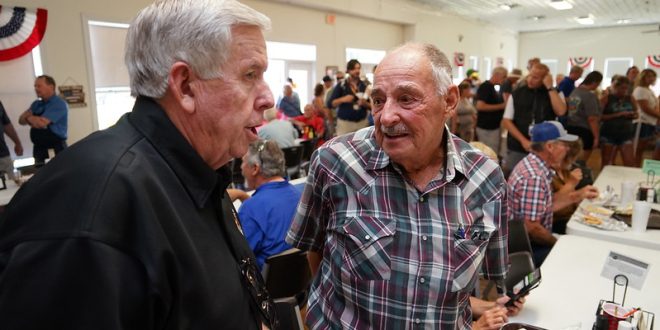 Missouri’s governor has called a Monday afternoon press conference to announce details about the upcoming special session in Jefferson City.

Governor Mike Parson (R) will announce specifics Monday at 2 pm in his Statehouse office. The governor told 939 the Eagle News earlier this month in Columbia that he’s confident that the GOP-controlled Legislature will approve the two items in his special session call: the largest tax cut in state history and a six-year extension of farm tax credits.

“It would be a tough day for Missouri if you can’t do the largest tax cut for Missourians and not help farmers out at the same time and still have enough money for every program out there. And if we can’t get that done, then we ought to be held accountable,” Governor Parson said at Mizzou that August 3 afternoon.

Under Governor Parson’s plan, the first $16,000 in earned income for Missouri single filers and the first $32,000 for joint filers would be tax-free.

The special session will likely take place around the September veto session in Jefferson City.

State Rep. Cheri Toalson Reisch (R-Hallsville), who met with the governor this month, tells 939 the Eagle that she’s optimistic lawmakers will approve both proposals. The governor says state general revenues are up 20 percent over last year and that it’s time to return hard-earned dollars back to working Missourians.