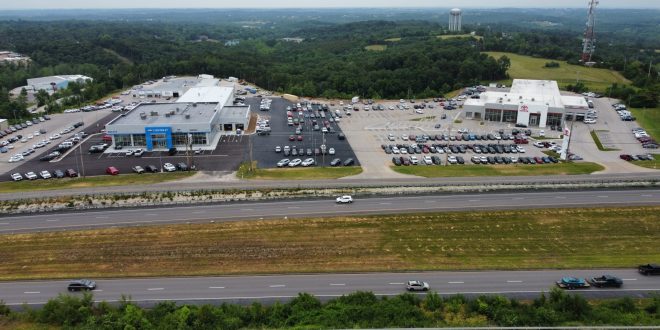 Riley Chevrolet Buick GMC Cadillac and Riley Toyota are being sold; new owner says all employees will be retained

Two longtime Jefferson City car dealerships have been sold to the Drewing Automotive Group. The sale was announced Friday afternoon by Riley Auto Group, which says the deal is expected to close in December.

Riley Auto Group celebrated its 85th anniversary in Jefferson City in September, and Missouri Governor Mike Parson spoke at one of the anniversary celebrations.

“I have the utmost respect for what the Riley organization has done, they have embodied the spirit of how a dealership should be run and operated. What Kevin, Mike and Carey Riley have done has been nothing short of exceptional. I love the dealerships, the way they run them, the hometown feel and we will continue to support everything locally. We will be a big part of the community and plan to carry on the traditions they have established over the last 85 years,” Rusty Drewing of Drewing Automotive Group says, in a press release.

Both Riley dealerships were struck by the May 2019 EF-3 tornado that struck Jefferson City. The tornado destroyed about 800 vehicles, causing millions of dollars in damage. Both dealerships rebuilt.