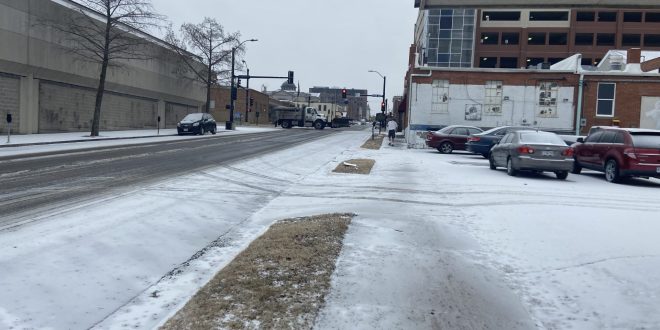 Some untreated roads are still icy in central Missouri

Freezing drizzle and sleet caused dozens of crashes in Columbia and Boone County on Thursday, and icy conditions have caused numerous school districts to cancel classes for Friday.

There were so many crashes and slide-offs on Thursday that Columbia Police implemented a delayed reporting system for non-injury accidents. National Weather Service (NWS) St. Louis meteorologist Jon Carney urges you to take it slow on the road.

“Anytime you’re driving on anything that’s ice, you really don’t have much traction at all. And you really have to take it slow if you’re going to be driving on it,” Carney says.

“Temperatures by Saturday will be up in the 40s, Sunday into the 50s. And upper 50s to near 60 by early next week,” says Carney.

Mr. Carney says 0.3 inches of sleet and snow fell in Columbia on Thursday, and most of that was frozen precipitation.