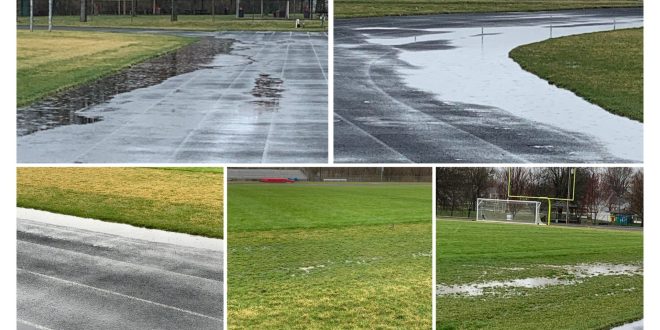 Voters in the fast-growing Southern Boone R-1 school district in Ashland are casting ballots Tuesday on a $3-million bond issue aimed at major repairs and improvements to the high school’s outdoor facilities.

District officials say if voters approve the measure, funds will be used to resurface the track, install new artificial turf and replace the scoreboard and sound system. The track is more than 20 years old, and it holds water due to drainage issues. Because of that, Southern Boone’s track teams cannot host track meets, conferences or districts.

The district says there are safety issues with the football and soccer field, caused by wet weather and usage in September and October. The bond issue would fund new artificial turf. The district says field improvements would also give Southern Boone’s high school marching band a high-quality surface to practice on before school. They had to cancel the field portion of the marching band festival last year, due to water drainage issues.

Passage requires a four-sevenths majority, which is 57 percent.