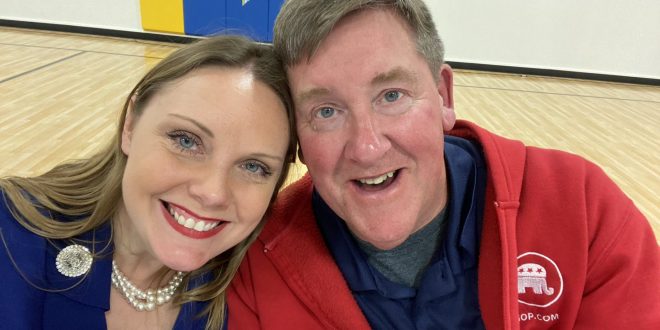 Funeral services are set for Saturday afternoon in Jefferson City for the longest-serving member of U.S. Rep. Vicky Hartzler’s staff.

Hartzler describes Walsh as someone who both loved and lived history.

“He was took a selfie in France with (House) Speaker (Nancy) Pelosi on the 75th anniversary of D-Day, and in 1985 while dining in midtown Manhattan, Steve was asked by his editor to cover the assassination of Gambino crime boss Paul Castellano,” Hartzler said, on the House floor.

Walsh covered Castellano’s death, which was a major national story. Castellano was known as the “boss of bosses”, and was assassinated in front of a New York City steakhouse. Walsh worked as a reporter for NBC Radio and later for Missourinet, before joining Hartzler’s staff.

Visitation for Steve Walsh begins Saturday morning at 11 at Jefferson City’s Concord Baptist Church, with the funeral starting at 2.