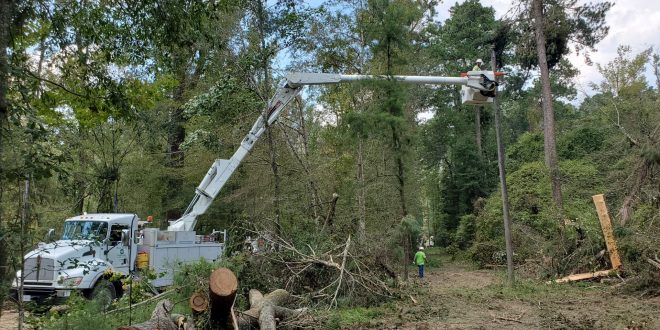 Ms. Hoenes tells 939 the Eagle that they’re considering switching crews this weekend. She says Boone Electric is still compiling a list of how many crew members will be needed, and what equipment to take.

About 29,000 Baton Rouge-area residents remain without power today, down from 55,000 on Friday.